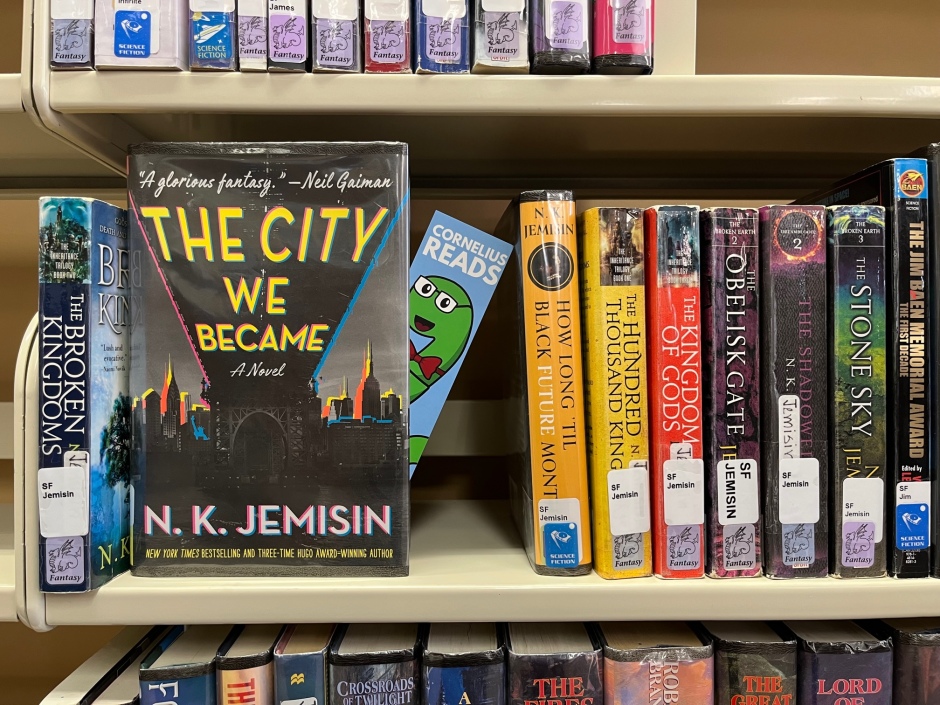 The City We Became by N.K. Jemisin

Where to find this book at Reed Memorial Library:

Anne, one of our Adult Services Librarians, recommends The City We Became by N.K. Jemisin. Keep reading to learn more about why she suggests this book.

In her own words, Anne explains to us the premise of the book: “Imagine that at a certain point, when it has matured enough, every big city grows a consciousness, some are ancient and some are fresh and new… like New York City. It has Five Boroughs, Five Consciousnesses that must come together to protect their city from the roiling, Lovecraftian, ancient evil that is working desperately to destroy the city.”

“I’m super familiar with New York City because that’s where a lot of my family is from,” Anne explains. She notes, “Jemisin does an amazing job of literally humanizing the city and distilling each borough down to it’s essential component without trivializing the history or depth that is inherent to New York. She also doesn’t shy away from the hardships, dangers, and social issues of being in such a diverse and pivotal city. Even when she incorporates other cities like Sao Paolo and Hong Kong, she works to make them literal representations of what that city would be like as a person. The tone of this book pops, it’s loud, it’s urban, it’s gritty, it’s clever, and it left me wanting more.”

According to Anne, fans of When No One is Watching by Alyssa Cole will likely enjoy this “because of the way it addresses systemic issues and approaches whiteness and gentrification.”

Additionally, Anne provides a link to a short story by N.K. Jemisin from tor.com called “The City Born Great,” which she says “is almost a prologue or preamble to The City We Became.”

N.K. Jemisin is a renowned science fiction and fantasy author who has won the Hugo Award and Nebula Award multiple times for her fiction work, as well as the Locus Award.

Her sequel to The City We Became entitled The World We Make was published earlier this month on November 1, which you can find on our catalog here.

Thanks for the recommendation, Anne!